New York’s Interpol have always been a band that worked as well in person as they do on their albums. The band’s live show has never disappointed, and it wasn’t shocking that after all of these years together, their live show hasn’t suffered. We made it out to catch the band in support of this year’s Marauder, and what we witnessed was a band that’s in their stride. 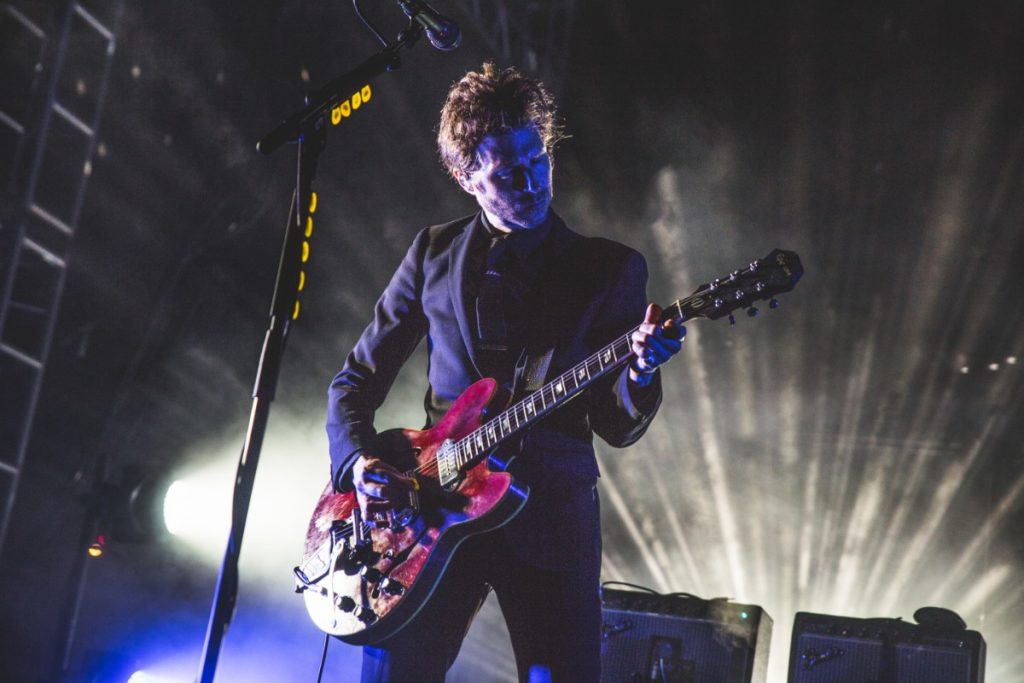 The band zig zagged between old favorites and new cuts from Marauder with ease. Amidst overcast skies at the outdoor venue, Interpol came to play and play they did. With singer Paul Banks chatting up the crowd from time to time, mentioning those on stage that people may not know, it was one of the better times we’d seen them perform. With plenty of stage smoke and a minimal light rig, the band let their music do most of the talking, and that alone was worth catching in a time where visual trickery seems to have become part of the concert industry.

You can still catch Interpol on tour tonight at The Van Buren in Phoenix, Arizona all the way until February 16 at Madison Square Garden in New York City. A complete list of the band’s tour dates can be found here. You can stream the band’s catalog on all streaming sites or purchase Marauder directly from Matador Records.

David Garrick has spent the last five years interviewing some of the most intriguing and engaging artists performing today. Everyone from Angel Olsen to Phoebe Bridgers, Wire to Yo La Tengo, Snail Mail to Soccer Mommy, Ghost to First Aid Kit, The Breeders to Protomartyr, and many more. He's a giant fan of music of pretty much any genre; but especially to the underdogs. He's been known to see more concerts in a week than many people will see in a year.

Interpol Returns with Part II With Something Changed

Brandon Butler was the guitarist and singer for the bands Boys Life, The Farewell Bend, Canyon and more. After 20 plus years, Spartan Records has reissued the lone album by The Farewell Bend, and we discuss everything from Boys Life to Brandon’s life as a father and general contractor today. Strap in cause there’s a lot here about the past and the present. https://www.holdfastky.com/ https://www.spartanrecords.com/products/688462-the-farewell-bend-in-passing

This episode is sponsored by
· Anchor: The easiest way to make a podcast. https://anchor.fm/app